Phone interview about the environmental impact of commercial and residential lawn maintenance in the United States
interview from January 2017, reviewed and updated March 2018 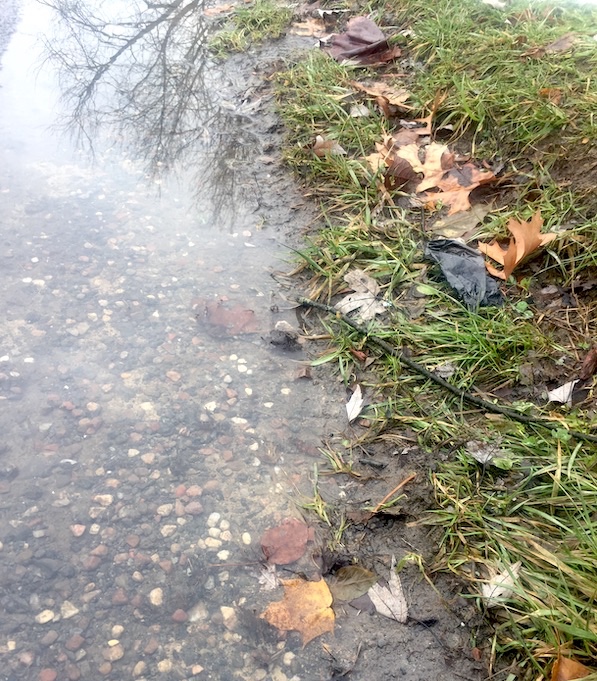 McCoy: I have a lot of experience in water quality policies and what I do now is, I review decisions and actions by other agencies in the federal government and I review the environmental impact of those potential actions and decisions.

GRL: In your view, what are the greatest environmental sins committed by urban/suburban landscapers?

McCoy: I would say that that would be the continued promotion of the idea that everyone has to have a super green lawn, along with no so-called 'weeds'. Because for one, lawns take up so much of our local space. But for the most part they are ecological dead-zones. Meaning they don't harbor resources that local birds and other animals depend on. And second, maintaining these mono-culture like lawns requires tools and additives that are harmful to our environment. To name an example, lawn maintenance requires frequent use of gas-powered tools like lawn mowers, weed whackers and leaf blowers. And those pollute our air and contribute to climate change. And at certain times of the year it requires the application of large quantities of potable water, that is water of drinkable quality, which plants don't need, and it's such an existential and expensive resource, drinking water. Lawn maintenance also often leads to use of harmful chemicals like fertilizers and insecticides and herbicides that kill of beneficial plants such as the so-called 'weed', purple clover. These pretty little flowers are part of a functioning ecosystem that if preserved would actually help make fertilizers unnecessary since they add minerals and nitrogen to the soil. Yes, and their roots they actually bring nutrients deep into the soil so that other shallow rooted plants can use them. Dandelions for example do this too. In addition, the flower garden is an early spring source and nourishment for honey bees and butterflies. And those are really important, these are the pollinators. They are so important for many of our planets' flowers and vegetables. I'm not saying let the weeds run rampant. But we can maintain a healthy balance.

GRL: Who would you say is the sinner, homeowner or landscaper?

McCoy: Well, that isn't placing blame, I just prefer to encourage home owners to take part in protecting their local environment and wild life by thinking in a new way about their yard. And then unfortunately landscapers do tend to enable the sort of uniform old school choices, that they can come back every week and mow some more and add some more chemicals and remove some more dandelions. So, I would encourage landscapers to instead help lead our neighborhood, and our greater society, towards cultivating an environment that supports local ecosystems that preserves natural resources. And also, towards the health and well-being of we, the people, humans.

GRL: Run-off of fertilizer, organic matter and pesticides from urban and suburban lawns is affecting our waterways. What is run-off, How does it enter the water cycle, why should we be concerned?

Ok, for those that aren't familiar with the term urban runoff. It is, in particular, storm water runoff, and that is rain that doesn't soak into the ground, or at all, and instead runs off the surface and then makes its way into local waterways like lakes and ponds, creeks, eventually into the ocean. And so, in cities and urban areas, hard, impervious surfaces like pavement, sidewalks and driveways and rooftops, they prevent precipitation from soaking into the ground. Like you said, this is one of the greatest threats to water quality in much of the industrialized world because when the water runs off our yards and streets and eventually flows into storm sewers or waterways, it picks up and carries with it all kinds of pollutants including chemicals, fertilizer and pesticides. And these chemicals are toxic to aquatic ecosystems and depending on where you get your water from, they can even make drinking water supplies unsafe. 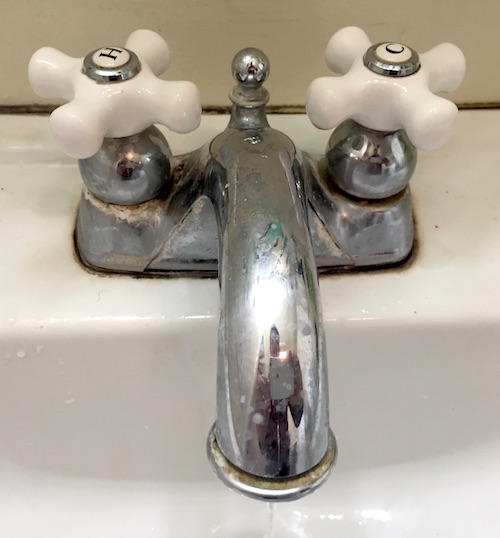 [...and] to get a little more into that water that runs off our lawns. One of the most prevalent pollutants in this urban runoff are the nutrients from the fertilizers that we spread on our lawns. So when this storm water runoff carrying theses nutrients and fertilizers enters local streams and lakes, the excessive amount of these nutrients tend to cause algae to overgrow. And when bacteria then decompose the algae, after they've died, that process can use up most of the oxygen in the water and lead to a large-scale killing of aquatic life including fish. And even some of that algae that overgrows is toxic to humans and animals, including pets. And that was actually recently seen, a few years ago, in Toledo, Ohio, it was the summer of 2014, where the drinking water supply for about 500,000 people became unusable due to one of those toxic algae blooms in Lake Erie, which is where their tab water comes from. This is happening all over the country.

GRL: What percentage of the overall urban runoff is landscaping related?

McCoy: I don't know what the percentage is, but it is a big part of it, the landscaping-caused runoff, but you know, there are a lot of other nasty things in storm water runoff. You got oil and grease from cars, causing that oily sheen on rainwater and roadside gutters. There's sediment or basically dirt from poorly maintained construction sites, and that goes into our waterways and can smother aquatic habitat in streams and lakes and ponds. There's also toxic heavy metals that comes from cars and other industrial sources and just trash, that's a huge problem, for example cigarette butts. People just finish their cigarettes and they don't put it in the trash, just throw it on the ground and those end up in the waterways and… ingested by fish and birds, they can't digest them.

There are a lot of problems but what comes from our yards is a substantial portion.

GRL: Are there changes towards the design/layout/planting of urban yards, that you could recommend, that would help protect our waterways? 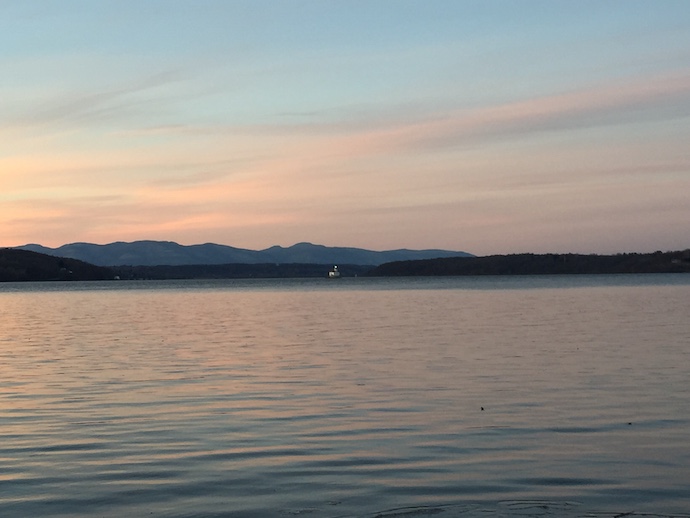 McCoy: Yes, so I would say, I'm not landscaper so I'm sure you could teach me a lot on that topic. But if I mention just a few designs: rain gardens, berms and vegetated swales … they're all helpful features that can be part of our yards. So, what are these? A rain garden is a garden that is full of water-loving plants, that's planted in a slight depression in the ground, so it can collect rainwater and allowing it to permeate into the soil and go into the ground water, instead of running off into the local lakes and streams. Yes, they're pretty nifty tools. They can come in lots of different sizes and they might be planted at the base of a slope where the water is flowing or even at the outlet to a downspout.

GRL: Could you name plants that grow within a rain garden?

GRL: What can you tell us about petroleum-based fertilizers vs. natural or organic lawn fertilizers?

McCoy: Conventional, petroleum-based fertilizers are commonly derived from by-products of the petroleum industry and they can prove detrimental to your yard in the long run. The reason why is that healthy soil contains billions of beneficial microorganisms. And to use compost for fertilization purposes, those microorganisms work to break down the material from the compost and provide the plants in your garden with the nutrients in the right form that they need. But synthetic fertilizers can kill theses really helpful organisms and over the long run, they can sterilize your soil. Natural fertilizers, like compost, that you can either purchase or create from your kitchen scrap, they actually promote the growth of these beneficial bacteria and earthworms and tons of helpful organisms that build up your soil structure and foster the growth of healthy plants.

GRL: Does the packaging tell you if the fertilizer is petroleum derived?

McCoy: I think that petroleum-based fertilizers are usually referred to as synthetic fertilizers, but what I would say is that the best fertilizer is homemade compost made from kitchen scraps. But if you do purchase it I would recommend going with compost that is approved by an association called the Northeast Organic Farming Association, or NOFA. So, you'll see a sign on the bag of the compost or fertilizer that says NOFA approved. So, it's a certifying agency, it's actually the certifying agency for the USD national organic program. Another fertilization certification would be OMRI, which is the Organic Materials Review Institute, it would say on the packaging OMRI listed, so that's another independent reviewer of fertilizers and other products and those aren't synthetic, or petroleum based.

GRL: Everybody talks about native plants. What's so good about them? 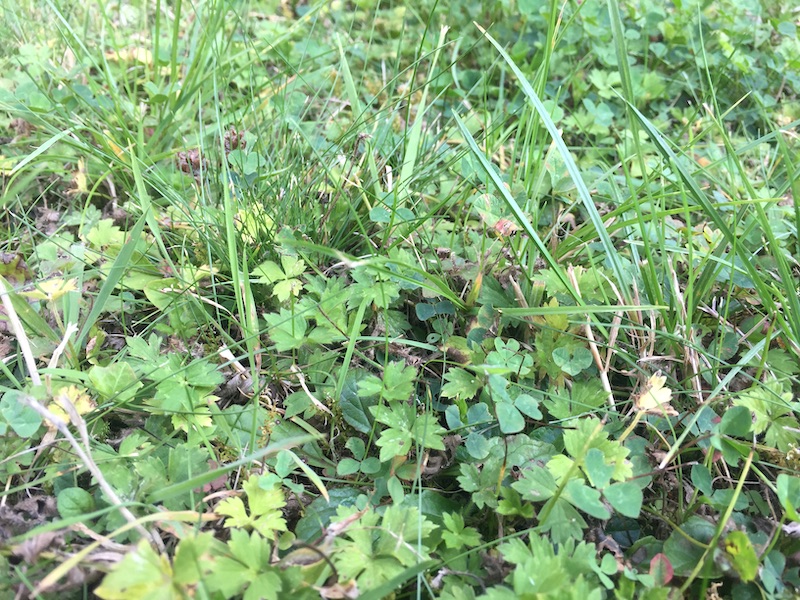 McCoy: There's a lot of things that are good about native plants. For those that don't know, native plants are those that occur naturally in a region, they evolved there, so they're suited for local conditions. And once they're established in your yard, they require far less maintenance and water and in fact very little, to no- additional water beyond normal rainfall. And that saves time, saves money. They also commonly don't require the additional fertilizer and are more resistant to local pests and diseases, because they evolved with those. So, you wouldn't have to apply as many toxic pesticides. And finally, there are plants that provide habitat and food for birds and many other species of wildlife. You see colorful butterflies flying around. They all are really dependent on various specific native plant species. And some of those kinds of butterflies are being threatened by the loss of their native species. And so, the plants provide nectar for pollinators like those butterflies and bees and I should say those pollinators [are needed for human crops as well,] so we want to support them. And then the native [ nuts, seeds, and fruits] that are produced by native plants, they're really essential to all kinds of wildlife. So, going back to that monoculture carpet of green lawn that people are so used to, and covers so much of our communities, it doesn't support a functioning ecosystem.